Read this article and found it interesting….

The idea presented is that President Obama is a cheerleader for change not an actual effective agent of change….He is content to get passed meaningless legislation full of loopholes in order to give the impression he is getting things done….The climate change bill and the healthcare plan are offered as examples of this….In behaving this way, President Obama is seen as weak perhaps deliberately so.

Now I am still fairly happy with President Obama so let me posit another theory.

After the 1994 election which saw the Republicans take over both houses of Congress, Bill Clinton adopted a strategy of allowing and highlighting the Republican Party’s obfuscation as well as reacting to their ideas….The end result of this was they got the lion’s share of the blame for the shutdown of the federal government and when the economy picked up due to the IT boom, President Clinton got most of the credit and soaring poll numbers.

Obama might be trying a similar rope a dope strategy although the situation is very different here as his party is firmly in control of both houses or he could be recognizing that despite his mandate upon coming into office with a large electoral college majority as well as big Democratic gains, the language of fear used by the right such as referring to any change to the status quo of American health care as “socialized medicine” or to global warming as fiction created by crazy environmentalists is very effective.

Let’s hope change can really come now and such tactics will not be necessary. 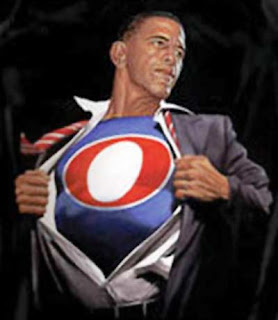 Posted by rgdinmalaysia at 7:14 AM