A FEW THOUGHTS ON RICKY GERVAIS HOSTING THE GOLDEN GLOBES....

Dislike for Hollywood seems to cut across all political and cultural and geographical lines in America.  Although conservatives are the loudest about it, many other Americans share disdain for celebrities while having a morbid fascination about their lives.
The sense of magic of golden era Hollywood is gone for good.  Too much access has showed us the vain new royalty and a sense of entitlement among people whose only skill is memorizing a script then reciting it on camera.
In particular, many people including myself are disgusted with how serious Hollywood takes itself.  There are religions in the world that don’t view itself with the stick up the ass humorlessness of the Hollywood crowd.
The reaction to Ricky Gervais hosting the golden Globes the other day is a perfect example.  Many of his jokes were dead on and entertaining.  The kind of things people think but refuse to say.  I for one do believe that Scientology closet Hollywood gays in return for cash and other prizes for example.
Gervais’s hosting was perceived mostly as a success by America at large.  However, it was disliked by Hollywood.  Let me get out the world’s smallest violin to play for them.
Gervais, by the way, is one of the funniest if not the funniest comedian around today.  In addition to THE OFFICE (much funnier than the American version) and EXTRAS, his stand-up work is fantastic and can be found on You Tube. 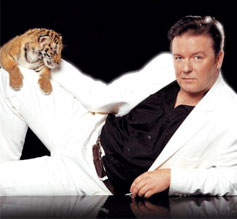 Posted by rgdinmalaysia at 4:46 PM No comments:

The victors write history and they do this to ensure only their version of history will be known.  It used to be decades or sometimes centuries before the truth about an event came out.
In the meantime, what develops are two narratives.  One is what the newsmedia, the powers that be sell us-John F Kennedy was killed by a lone gunman, the Oklahoma City Bombing was committed by two men, Israel didn’t ethnically cleanse Palestinians when they declared a state, The US didn’t openly recruit ex-Nazis during the Cold War and didn’t overthrow democratically elected government or damp down democracy and install right wing dictatorships.
The other narrative is what burbles beneath the surface.  The evidence shows something and the government and corporate news media tells us something else.
The Internet has now given us more information than we know what to do with.  It has given us in some cases different versions of the truth.  It is now impossible for these huge cover-ups to happen although the world doesn’t necessarily do anything with this information.
What does Wiki Leaks have to do with this?  The jury is still out on the effectiveness of this organization.  For one, it is still not known what effect they had on the coup in Tunisia a couple of days ago.
Posted by rgdinmalaysia at 3:18 PM No comments:

In 1988, white supremacist Tom Metzger was successfully sued by the family of an Ethiopian man who was murdered by skinhead racists.  Metzger had not met the men personally nor had he specifically ordered them to kill anyone.  However, the rhetoric he spewed had created a situation where other racists felt compelled to kill people.
The shooting of Congresswoman Gabirelle Gifford and the killing of six other people by a mentally ill man who felt the government was trying to control his mind and was against health care and other things he saw as government interference in his life I believe is directly caused by the ratcheting up of violent rhetoric by the tea party and other groups associated with the republican party.
In particular, Sarah Palin’s use of gunsight bullseyes over the names and districts of politicians her PAC was attempting to defeat in the 2010 elections crossed the line.  It is one thing to want to defeat someone politically it is another thing to use firearm related rhetoric and words such as “lock and load”, “in the crosshairs”, and “rearm and reload” and put the contest in the context of violently taking another person out.
I hope that Rep. Giffords as well as the families who lost loved ones in this horrendous act consider filing a civil law suit against Sarah Palin….Like Tom Metzger, she should be held accountable. 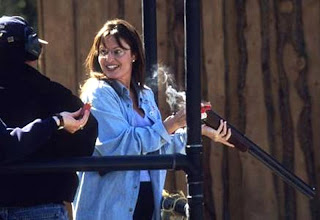 Posted by rgdinmalaysia at 12:00 PM 2 comments:

My favorite records of 2010….A diverse group to be sure
1.) MAN ALIVE - Everything Everything

9.) TEAR THE SIGNS DOWN -The Automatic

THE GREAT ESCAPE – The Rifles
If there is one thing I would like to see in music for 2011 is a return to guitar based music….In 2010 there was a lot of electronic music made and also acoustic indie pop(which I am particularly tired of)….That’s okay but let’s get back to a big guitar sound….Currently two British bands THE VACCINES and BROTHER re being set up as saviors of British music ala Oasis and Blur in the 90’s… .We will see.
http://www.guardian.co.uk/music/2010/nov/25/vaccines-brother-interview
Posted by rgdinmalaysia at 1:02 PM 1 comment: