Xanga is no more so I have moved my poetry archives to rajdronamraju.wordpress.com

All new poems will be posted there as well.

Posted by rgdinmalaysia at 12:51 PM No comments:

AM BY ARCTIC MONKEYS

The great greasy riff that opens “Do I Wanna Know?”, the first song on The Arctic Monkey’s fifth album AM, is an announcement that after two albums of fruitless experimentation they are back to the focused no BS type songwriting of the first two brilliant Monkey’s records WHATEVER PEOPLE SAY I’M NOT, THAT’S WHAT I AM and FAVOURITE WORST HANGOVER.

That’s not to say Alex Turner and co. didn’t learn anything from the detour of HUMBUG and SUCK IT SEE.  The ballads here feel comfortable in a way slower songs on earlier releases didn’t.  However, this is also the catchiest music they have made in a good long while.

And the catchiness is the strength of AM.  It’s a return to big dumb songs that rock out in an early 70’s glam way.  Turner’s lyrics move back from surrealist nonsense towards his understanding of insular social scenes as well as his intricate dissection of relationships.  In fact, many of these songs sound like the other end of their debut, an adult’s view of similar scenarios.

This is a great enjoyable record, perhaps the most immediate, fun music I’ve heard this year. One for the Road, I Want It All, Why Do You Only Call Me When You’re High are songs from a band in resurgence who’ve discovered what inspired them to make music in the first place.  In particular, Alex Turner sounds fully focused here

“I want to be your vacuum cleaner/ Breathing in your dust/ I want to be your Ford Cortina/ I will never rust” is so earnest it makes one wince but this couplet from AM’s final track the majestic I Wanna Be Yours is sung with such conviction that it flows and has power and is sold to the listener maybe that’s what was missing and what the Monkeys’ have found again – conviction. 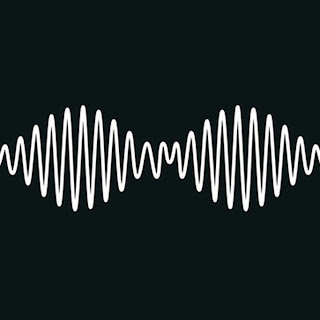 Posted by rgdinmalaysia at 6:05 PM No comments:

WISE UP GHOST BY ELVIS COSTELLO AND THE ROOTS

The template of the music Elvis Costello makes with collaborators The Roots on WISE UP GHOST is a hodgepodge of influences - James Brown drumming, Parliament fuzz guitars, Stevie Wonder funky wurlitzers and electric pianos, and plenty of strings and horns.  The result is Curtis Mayfield less gritty but harder.

Costello lyrically seems especially inspired.  His lyrics are not as much as elliptical here as directly angry pointed at power, wealth, inequities in life.  Probably the album’s weirdest moment is in Stick Out Your Tongue when he recycles the lyrics of Pills and Soap and Hurry Up Doomsday for the verses and couples them with a new melody and chorus.

Actually, as strange an idea as this may sound, this is hardly Costello’s weirdest collaboration when you consider he’s made albums with Burt Bacharach, Allan Toussaint, and The Brodsky Quartet.  Costello is the ultimate music fan and he could probably make a good record with anybody these days.

The final word is this feels like an Elvis Costello record albeit one with a certain set of parameters for its background musicians.  Costello is certainly not out of his comfort zone here and as I mentioned above he sounds angry and impassioned on some of the tunes and that’s a good thing.

Also some of his singing on the slower tunes is gorgeous.  Is there any singer whose voice has aged better than EC? 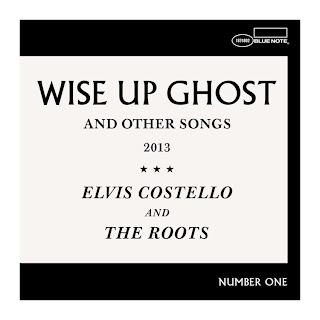 Posted by rgdinmalaysia at 5:06 PM No comments:

KISS LAND BY THE WEEKND


On The Weeknd’s new release KISS LAND, the voice is front and center, the beats more subtle, each song rising to a moment or moments of high drama.

The result is intense and powerful.  Not perhaps as striking as their debut HOUSE OF BALLOONS which I wrote about here   http://rgdinmalaysia.blogspot.com/2011/05/house-of-balloons-by-weeknd.html but the work of a seasoned, more mature artist.

His vibe is not as anguished rather this is more like late period Nine Inch Nails without all the clanging percussion and yelling and screaming.  A slightly nauseous synth ripple creates the palette for the plaintive falsetto slightly altered by auto tune.

No agony here just a long slow grind ending occasionally in small cathartic explosions.  Another step forward by a deeply original artist not encumbered by genre. 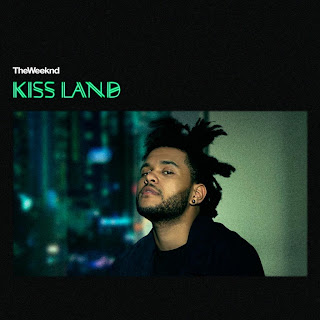 Posted by rgdinmalaysia at 2:08 PM No comments:

THE BAD LUCK OF NOVAK DJOKOVIC


The Chinese wish of “living in interesting times” bestowed on people as a good luck greeting might seem like a curse to Novak Djokovic.

In another time (like the early 2000’s or the early 90’s) he might have dominated tennis winning all four grand slams or at least more than the six he has already won.

Djokovic’s failure to do more in his tennis career at this point can’t  be blamed on lack of trying.  He has changed diet and racquets and training regimen and the result found him winning three grand slams in the same year – 2011.

He is a superb athlete, extremely fast around the court.  He is a naturally gifted tennis player equally powerful off the forehand and backhand side with a great serve he can hit into any section of the box.  He has no real weaknesses that can be exploited

But watching Djokovic’s loss to Nadal yesterday which found him with more than double the amount of unforced errors as he attempted to take control of points and not get lulled into Nadal’s grinding type of play, I realized Nadal’s biggest weakness is being born in the time of the two greatest players in the history of tennis Roger Federer and Nadal.

Federer has faded recently but Nadal’s second win at the US Open shows he’s still a contender on surfaces other than clay when he’s healthy and at 27 he will still be capable of winning a few more grand slams.  I now consider Nadal based on the fact he’s won everything all four slams, 13 slams in total plus the Olympics, the second greatest player of all time.

DJokovic’s relatively smaller amount of grand slam final victories is a direct result of unintentional selfishness of the great play of Nadal (and Federer).  People like Andy Murray and David Ferrer have had the same problem.  A whole generation blunted by the jaw dropping excellence of the two best players of all time. 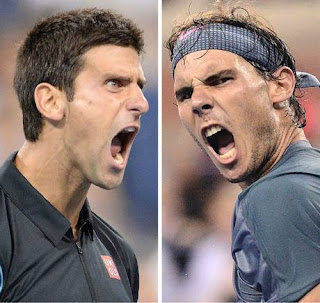 Posted by rgdinmalaysia at 2:05 PM No comments: