A few thoughts about the ongoing Boko Haram mess in Nigeria.....

1.) Thousands of girls have been kidnapped murdered and worse in The Congo no one seems very excited. Our hastag selfie president's not too interested in that. Nigeria supplies 10% of the USA's oil imports. That’s what this is about!

2.) Prior to 2009, Boko Haram was a fringe group with kooky 8th century views but not particularly violent. After setting up their own form of police force in Northern Nigeria due to the fact that the government police force was corrupt and often sexually assaulted Muslim women, there was a mini-war between the two that ended with the government killing scores of civilians and then arresting and murdering without trial the leader of Boko Haram. That’s when the violence from Boko Haram started (not to be confused with government violence).

3.) When John McCain says US troops should go in whether or not the Nigerian govt wants it, he is laying the soul of the neo conservative bare.The neo cons want a war –Doesn’t matter if it’s here, Syria, Iran, Ukraine. Truth is there are no good guys. The government of Nigeria is a democracy in name only – corrupt and dictatorial, arresting political opponents, murdering civilians. Let Nigeria sort out their own mess. This is a civil war and THE US SHOULD STAY OUT!

Posted by rgdinmalaysia at 4:40 AM No comments:


The ridiculous, fact challenged overreaction in the West to Iran’s execution of Reyhanah Jabbari is just another indicator that Iran is the new Cuba.  Sand in the eye of empire and a target for the unholy evil trinity of Zionism and Capitalism and Imperialism.

The story is this -  Jabbari was an interior designer and was accused of stabbing to death  a doctor (and former intelligence official) who invited her back to his place to give a quotation.  She claimed he tried to rape her.  This story fell apart very quickly – She had bought a knife two days previously, there were text messages to a friend before the crime of an incriminating nature and most of all Jabbari first denied and then claimed another person was present during the murder and may have helped.  This was most likely a robbery gone wrong or if you want to get conspiratorial Jabbari was a pawn of foreign intelligence services seeking to get revenge for something the doctor did when he was an agent.  I’m opposed to the death penalty anywhere but as far as a criminal case goes this was pretty solid.

What was her defense?  Iranian prosecutors made up all the evidence.  She was tortured.  I’m sorry but that is total bullshit. This was all pretty open - How else would we know about this case?  Iran is not North Korea despite attempts to paint it as such in the CIA controlled media.

Most irritating is US condemnation.  There’s a saying in Malaysia – “Look at your own backside first”.  Cameron Todd Willingham, Johnny Garrett, Jesse Tafero, America needs to look at its own justice system. I’ll worry about who Iran executes when the US stops executing disproportionate numbers of the mentally handicapped, African Americans, Hispanics, and poor people in general (not to mention innocent folk).

Posted by rgdinmalaysia at 9:44 AM No comments:

(Catching up on music posts after my blogging break)

Paul Heaton and Jacqui Abbott – WHAT HAVE WE BECOME

The best Beautiful South album never made. In fact, it’s better than the last South album. Really energetic and inspired (electric guitar and drums more front and center)and it’s nice to hear Heaton and Abbott together again. Stand out tracks? – well all of them, seriously!  Every song is excellent with the best perhaps being the last tune When I Get Back to Blighty which ends with a singalong of the phrase “Phil Collins Must Die” – An admirable sentiment!  I think I would go as far as to say this is the best album released in 2014 that I’ve heard. 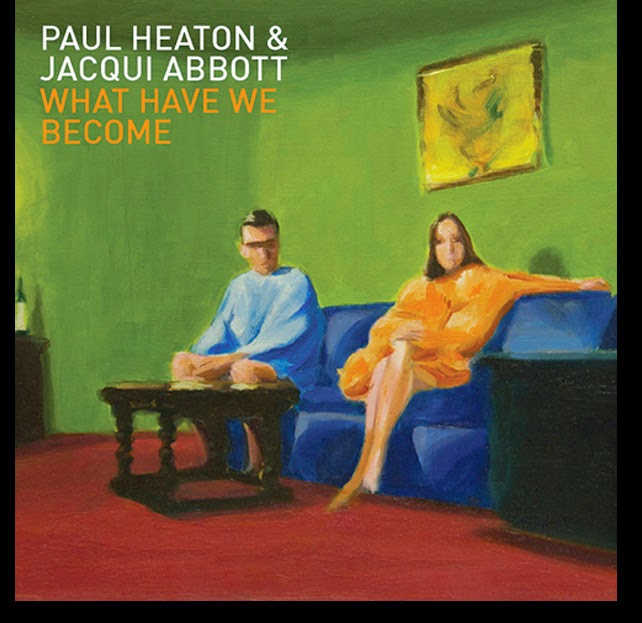 Morrissey – WORLD PEACE IS NONE OF YOUR BUSINESS

Overall a triumph. Definitely better than his last record YEARS OF REFUSAL (which I consider his worst solo album). Morrissey is my favorite vocalist in all of music and his voice is in good form here. No signs of age. He is also one of my favorite lyricists of all time and the lyrics here are mostly witty, clever, insightful.  Joe Chicarelli’s production is varied, detailed, and sympathetic. He tries a lot of things one doesn’t normally hear on a Moz record (handclaps, a whistle, synthesizers, all manner of weird sounding guitars). The “deep” album cuts (Neil Cassidy Drop Dead, Kick the Bride Down the Aisle, Staircase at the University ) are better than the singles and pre-released tracks ( Title track, Bullfighter Dies, Earth is the Loneliest Planet). 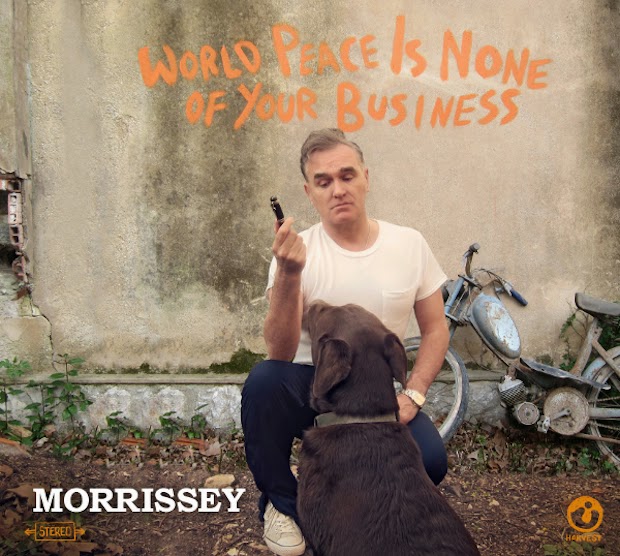 Bear in Heaven – TIME IS OVER ONE DAY OLD

Bear in Heaven's last record I LOVE YOU IT'S COOL was my favorite record of 2012. Their new record is a more relaxed, mellow set, less propulsive and urgent with more groove but still superb - very enjoyable.  Best tracks – You Don’t Need the World,  Demon, Memory Heart, Time Between 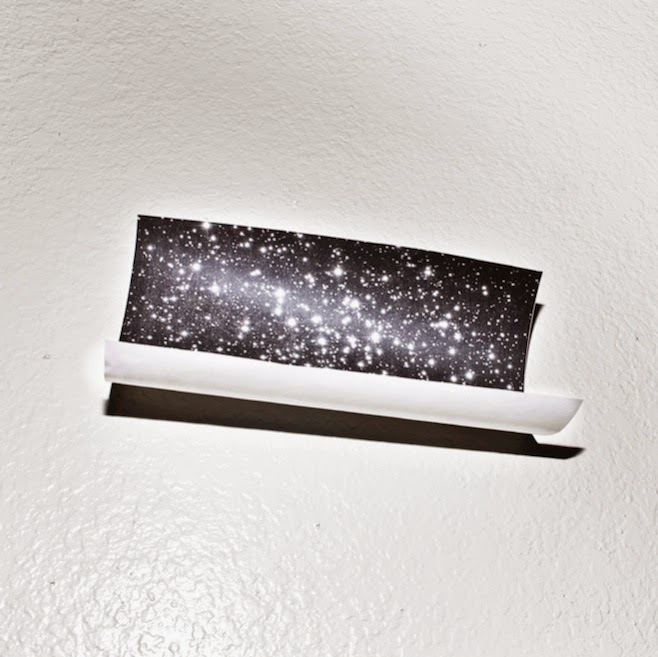 Posted by rgdinmalaysia at 9:03 PM No comments:


I acknowledge that American women are more likely to vote than American men and that the Republican Party is clearly the party in the duopoly of power that is the American political system that is hostile to American women on a whole host of issues – income disparity, gender violence, reproductive rights etc.

That being said, I think it might be time to retire the “War on Women” slogan/meme after this election cycle for the reasons listed below.

1.) The War on Women as a blanket description ignores specific issues in place of a catch all phrase.  That was okay in 2012, a presidential election year with the wind at the Democrats back and a larger narrative for it to be part of.  It is much harder to do that when trying to save seats held by the same party as an unpopular president.  It becomes a meaningless slogan.  A much better way of campaigning would be mentioning specific legislation and court decisions by name (The Lilly Ledbetter Fair Pay Act or the Hobby Lobby Supreme Court Decision for example) educating the voter with a specific issue rather than a hyperbolic generality that could mean a lot of different things to different people.

2.) Bringing in Hillary (and even worse Bill) Clinton to campaign on these issues smacks of the worst sort of hypocrisy. At best, Bill Clinton has real boundary issues with women and is a serial sexual harasser.  At worst, he is a rapist.  Hillary, according to various memoirs and interviews with many sources, led the slander of Monica Lewinsky as a nut all the while knowing her husband had taken advantage of the much younger starstruck woman.  Just disgusting behavior from the always disgusting Clintons.

3.) The proposal by Governor Bobby Jindal of Louisiana, Colorado senatorial candidate Corey Gardiner, and other Republicans that birth control be sold over the counter rather than through prescription would eliminate the birth control coverage issue entirely.

4.) However important abortion and reproductive issues are too some, to a lot of other people they are only issues to be considered, second or third tier issues, after their bellies are full, they have job security, and money in the bank.  Case in point is the Colorado Senate Race where incumbent Mark Udall has reduced himself to a laughingstock and is now in danger of losing re-election for focusing almost exclusively on reproductive issues to the point of where he has been given the nickname “Mark Uterus” and lost the support of several reliable liberal newspapers in the state.  Compare that to surging female Democratic challengers (Michelle Nunn in Georgia and Allison Lundergan Grimes in Kentucky) who never mention the War on Women and put women issues into a pocketbook blue collar context (The minimum wage affecting women for example).

If the Republicans win the senate and push through a lot of anti-women legislation in the next two years then maybe the War on Women slogan/meme can be recycled in the 2016 presidential election.  Until that time, the Democratic Party should drop the sloganeering and stick to the specifics.

Posted by rgdinmalaysia at 2:19 PM No comments:

CAMPAIGN 2014 AS SEEN THROUGH ITS DEBATES


This year’s political campaigns in the USA have been a rollercoaster ride.  At this point, I’m hesitant to predict anything other than the Republicans will gain a few seats in the Senate (even if they lose one or two seats) and the Democrats will pick up a couple of governorships.

Even though they are very much tailored to ensure nothing like real argument happens instead of an exchange of soundbites, I still enjoy watching debates between political candidates.  I debated as a teen and coached debate at the high school and college level but I think what I really like is the gotcha moment when one candidate zings another.  Also I am a political junky and am addicted to this type of thing.  Some interesting things I saw this election season.

1.) Arkansas Senate Debate - Mark Pryor said when asked what is a middle class salary to him that it was $200,000.  He was going to lose anyway but that was a real gaffe.

2.) Florida gubernatorial debate – Rick Scott, also likely to lose re-election, refusing to come out at the beginning of the debate because of a disagreement about a fan used by his opponent.

3.) North Carolina Senate Debate- Kay Hagan skipping a debate all together because of questions about how stimulus funds were spent by her husband’s company.

5.) Kentucky Senate Debate - Alison Lundergan Grimes refusing to say whether or not she voted for Obama and not dinging Mitch McConnell for his many misstatements.

6.) Louisiana Senate Debate – In answer to a question about medical marijuana, The Republican candidate Bill Cassidy (himself a doctor) said he was for it while the incumbent Mary Landrieu a Democrat aid she was against it.

7.) Wisconsin gubernatorial debate – I think Mary Burke has a good chance of beating Scott Walker.  She certainly did an excellent job of exposing his record in the one debate I saw. 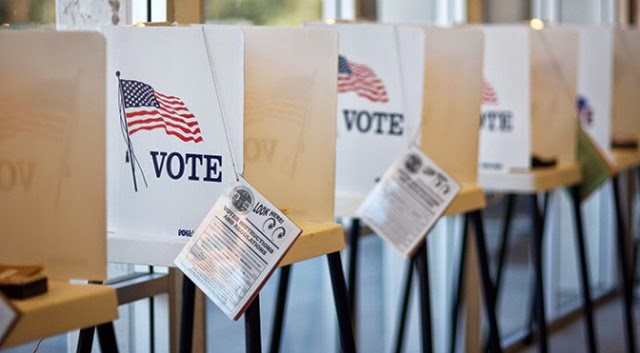 Posted by rgdinmalaysia at 9:34 PM No comments:

THE JOB INTERVIEW - A TWO-WAY STREET


(Back to blogging at least for the time being.  Hubs was a wash-out.  Still looking for a new job)

And speaking of looking for a job....

A job interview is a two way street. You are interviewed for a position and you, in a sense, interview them back both about the job and the employer as a whole. You can tell a lot about a potential employer by how they conduct an interview. I have been a manager myself and know it from the other end too.

Brickfield Asia College – Interview was okay but during the mock lecture an elderly woman who smelled like urine kept interrupting me to talk about her own classes and unrelated subjects – very irritating.

Kingston International School - I felt the interviewer was really unprofessional both in the way she spoke, her attire, etc. and she kept making deliberate misstatements about my resume which she had right in front of her....Might have been some internal politics there. Perhaps she felt threatened for her position.

Worst was Universiti Sains Malaysia – A good institution and they were all smiles in the panel interview and promised a lot of things in answer to my questions. Good thing I read the contract they offered very thoroughly and asked further questions as they basically lied to my face. 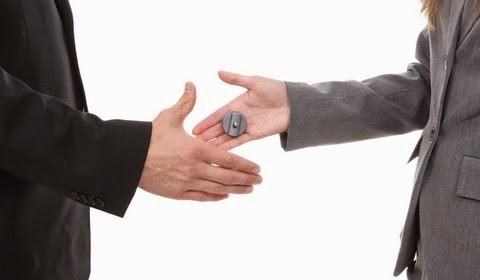 Posted by rgdinmalaysia at 9:05 PM No comments: