THE BURU QUARTET VOLS. 3 AND 4 - FOOTSTEPS AND HOUSE OF GLASS BY PRAMOEDYA ANANTA TOER

Pramoedya Ananta Toer does something really brilliant in the fourth book of The Buru Quartet HOUSE OF GLASS.  The prior three books were all told in first person from the viewpoint of Raden Mas Minke showing how he developed into a visionary leader for Indonesian independence or at least a fighter for human rights under a colonial system.

The fourth book however is told from the viewpoint of someone else M. Pangemanann (“with two n’s”) a military policeman who starts off as a commissioner but gets promoted further during the events of the book becoming a special agent in the colonial government fighting against those inspired by Minke and the burgeoning anti-colonial movement and also who is assigned with taking Minke himself down.

What’s even more interesting in the narrative structure is the first three books in the quartet – THIS EARTH OF MANKIND, CHILD OF ALL NATIONS, and FOOTPRINTS appear as books written by the Minke character.  They are real in the book as well as in real life by Toer.

The third book FOOTPRINTS is the longest and most action filled of the four books.  Here Minke marries for a second and third time as the second wife, a Chinese nationalist who turns him on to a certain type of revolutionary organization, dies.  Minke fails to finish medical school and instead becomes editor of a magazine for natives where he exposes the crimes of the colonial government.  This magazine becomes extremely popular and leads to the formation of a native group for activism which in turns brings Minke to the attention of the colonial government and leads to his arrest and exile.

One interesting topic I would like to study further is the differences described ethnically in the quartet – native vs. Madurese vs Javanese vs. pure blood.  I didn’t quite understand all these terms and how the characters judge one another based on this although I do know that Indonesians didn’t see themselves as the inhabitants of one country in those times (about 100 years ago).

These four books are an amazing achievement.  A human story set among real history.  Literary experimentation side by side with historical narrative.  There is a tendency to minimize colonialism these days and to talk about it as if was a good thing.  Talk like this is part ignorance and part racism and it’s good to read a well researched masterwork that shows how bad colonialism really was for the Indonesians and also how it involved pitting groups against each other so as they will ignore the real exploiter something right wingers still do particularly in the US for example public worker controversy in Wisconsin.

Toer really is, was a great writer….Here’s some info about the guy the Minke character is based on (translated into English). http://translate.google.com.my/translate?hl=en&sl=id&u=http://id.wikipedia.org/wiki/Tirto_Adhi_Soerjo&prev=/search%3Fq%3DTirto%2BAdi%2BSuryo%26hl%3Den%26safe%3Doff%26sa%3DN%26biw%3D1047%26bih%3D482%26prmd%3Dimvnsb&sa=X&ei=Rj3pT_3uF8zwrQfahpT_DQ&ved=0CFMQ7gEwAA 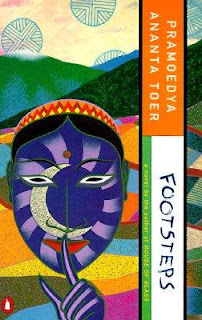 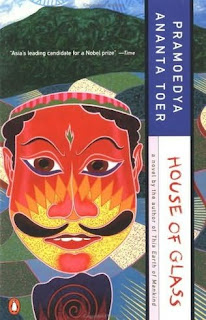 Posted by rgdinmalaysia at 12:58 PM No comments:

CORIOLANUS AND SETTING WILLIAM SHAKESPEARE IN A MORE PRESENT SETTING

Saw the recent film adaptation of the William Shakespeare play CORIOLANUS and thought it was inventive, interesting.  The acting is superb – Ralph Fiennes (also directed) creates the character of Coriolanus in every single scene – we know who this person is aside from the language, Gerald Butler who I normally see as a likeable screen presence but a lightweight as an actor turns in perhaps his best film performance, Vanessa Redgrave steals the show with her scary intensity as Coriolanus’s mother.

What Fiennes has done in this adaptation is move the story to the present day.  How Coriolanus is first selected to be Counsel and then rejected and banished due to his own inability to speak the language of the masses which is interpreted as arrogance and also due to the political machinations of several senators comes across as a story told by CNN.  Some of the dialogue is even put into the mouths of pundits arguing on news chat shows.

When Coriolanus has his public breakdown, his loss of composure, where he lets the people really know what he thinks of them, it is done on television in the context of an interview.  This is perfect as in today’s overly filmed overly miked world politicians often find themselves blurting out ugly truths either because they thought microphones were not nearby or not on etc.

I also found the use of cameraphones by the people filming Coriolanus in public a perfect touch as well.

Updating the set and scene of a Shakespeare play can be tricky.  Coriolanus and Ian McKellan’s Richard the III are examples where it works.  Romeo and Juliet with Leonard DiCaprio is an example where it doesn’t.  The media often refers to certain politicians (Richard Nixon for examples) as Shakespearean so those Shakespeare plays which are dark character studies always translate best to the present.

I think Coriolanus’ story of the power of the military vs. the government is perfect for today’s times.  I felt that despite the language this was a story for now.  Ditto for the plotline about Coriolanus’ inability to mouth the platitudes and perform the base and humiliating rituals of politicians

I have often had the idea of updating Macbeth for the present setting it in a big corporation and having Macbeth be an ambitious junior executive, the three witches be human resource personnel, and all the deaths that take place be figurative (people being fired) as opposed to actual murders. 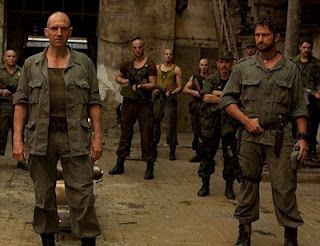 Posted by rgdinmalaysia at 11:17 AM No comments:

Here is the table of contents for my upcoming book of poetry (my third) TRAVELS WITH THE ANTI-JOHNNY APPLESEED AND OTHER POEMS (Late Sept. Early Oct. release)

III - FUTURE
Upon Waking Up From Being Eaten
Travels With the Anti-Johnny Appleseed
The Golden Age of Knowing Nothing
The Horizons Need Broadening
The Exhortation of “Get Up”
Irregularities
Fat Sugar Rhythms
The Name Game Horror
Selling Myself
Heterodox
The Pen Thief
Phony Times, Phony People
This is the Other Place
Underground Railroad
The Decayers
Memoranda of Insolence
Los Angeles
Outdoors

Posted by rgdinmalaysia at 10:12 AM No comments:

PURE POP FOR NOW PEOPLE by Nick Lowe (1978)  An amazing record.  Lowe couples well played radio ready pop music in a variety of different forms with the most bizarre surreal lyrics, a mishmash of weird stories and tongue and cheek humor.  Lowe is a brilliant songwriter.  He is “nutted by reality”.  I wrote more about this record here http://rgdinmalaysia.blogspot.com/2009/03/30-years-of-pure-pop-for-now-people.html 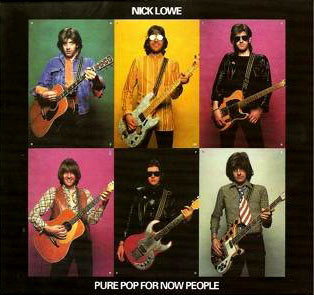 CALL ME by Al Green (1973) Green’s remarkable run of great records from the late 60’s to the early 70’s was capped by CALL ME his highwater mark.  His voice massages, pulls, and works the music whether it be a cover version (“I’m So Lonesome I Could Cry”) or an original (“You Ought to Be With Me”) and his backing band is incredible. 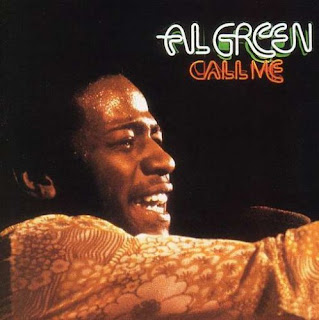 ALL MOD CONS by The Jam (1978) Hard to pick one great Jam album as I think all six of their records are brilliant but this one is probably Paul Weller’s best collection of songs.  They show all of his ever changing moods, his updating of Ray Davies as a slightly harder lyricist, and his unswerving faith in rock and roll as tradition, as a non-hypocritical way of telling the truth about what’s going on.  Plus as a trio they really rocked. 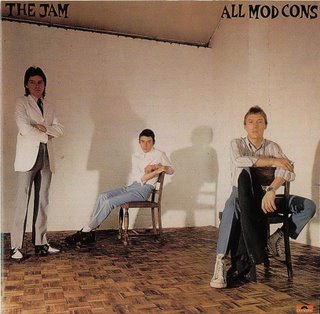 I WANT TO SEE THE BRIGHT LIGHTS TONIGHT by Richard and Linda Thompson (1974) Thompson’s songwriting is front and center here.  Less guitar solos, spare backing.  The songs’ despairing outlook on life might be an influence of British folk or something more original, a harbinger of punk to come.  Linda and Richard’s voices are excellent conveyers of emotion and Richard does a good job writing in Linda’s “voice.”. 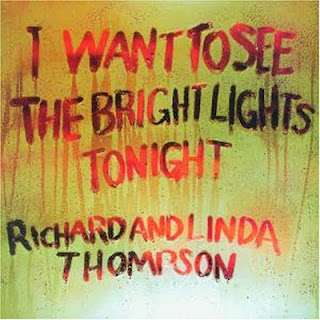 PINK FLAG by Wire (1977) Short does not necessarily mean simple as Wire packs amazing lyrical and musical complexity into the briefest of tunes, cold, compelling and vital.  The Minuteman based much of their career on this record. 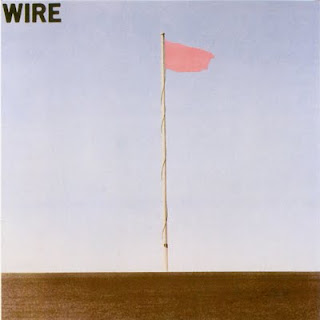 Posted by rgdinmalaysia at 11:51 AM No comments: