I really liked Merle Haggard’s music. I have been a fan of his since I sought out his and George Jones’s records after hearing versions of their songs on SWEETHEART OF THE RODEO and ALMOST BLUE. His early records are best because they featured more of his original songwriting. Of all the enjoyable parts of his music, I think he may be the best country music songwriter in history combining lyrical voice character studies (which people mistook as his own right wing opinions), hard luck stories, the setting of the country music archetype – drinking and bad women, the language of exaggerated blue collar misery of a personal nature, a surprising amount of sensitivity in his later songs about relationships. He also had made good choices in the songs by other writers he chose to cover. Lyrically, he was a clever wordsmith. “I threw away the rose and kept the thorn” a line that turned up in other artist’s songwriting. Musically, he wrote more like someone from the British Invasion short punchy songs verse-chorus – Bakersfield rockabilly style – less saccharine pedal steel.

More importantly, his hard early years – son of Okie dust bowl migrants to Tulare County, they lived in a converted railway car, his father died when he was nine, he served time in juvenile hall for car theft then later served two years in prison for a botched robbery attempt….Hard early years gave his music character and experience that modern country music lacks. I have already seen a number of obituaries make this point but modern country music is worthless and soulless. Will we ever see performers like Merle Haggard and George Jones again? RIP

A funny Haggard story I read – When the Hag first met Johnny Cash, he told him this isn’t the first time we met, Johnny. We also met at your San Quentin concert. Cash told him he didn’t remember him on the bill that day or playing with him. Haggard said no he was in the audience as he was a prisoner at San Quentin at the time. 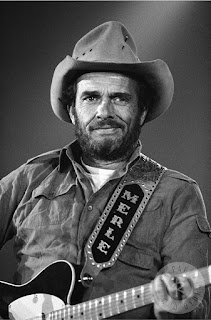 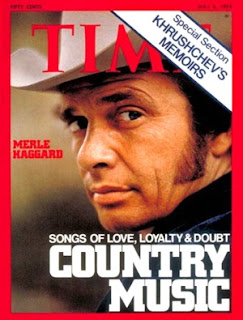 Posted by rgdinmalaysia at 10:52 AM No comments:

WHO'S THE BIGGER LIAR? HILLARY CLINTON OF COURSE!


Every word out of Hillary Clinton's mouth is a lie. Here's a list of all the lies she has told about Bernie Sanders in this campaign.

Misrepresented Sanders’ vote on the 2000 CFMA

Used the Import/Export Bank debate to push the narrative that Sanders and the Koch brothers had a close tie and were helping each other.

Suggested dishonestly that Sanders lied about his civil rights record.

Labeled Sanders a “one issue candidate” over his “one issue” focus on corruption via campaign finance, revolving door employment, and lobbying

Disingenuously claimed that Sanders has also “accepted money from Wall Street” through the DCCC, and that he’s therefore no different than Clinton on accepting major donations from the financial sector

Used scare tactics to dissuade voters away from Sanders’ single-payer healthcare proposal by disingenuously stating that Sanders would get rid of Medicare, Medicaid, Obamacare, etc.

“Where was Sanders when I was fighting for Healthcare?!” when he was involved in the efforts on multiple levels, as was acknowledged by Clinton at the time and even appeared with her in public.

Compared Sanders to communist dictators such as Hugo Chavez 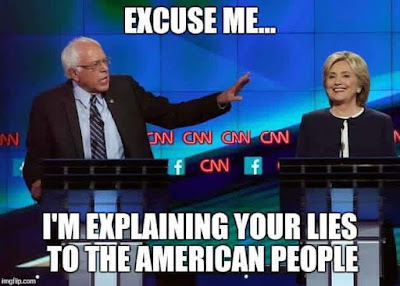 Posted by rgdinmalaysia at 5:27 PM No comments:

THE HOOPLE BY MOTT THE HOOPLE

Recently was the 42nd anniversary of Mott the Hoople's last record THE HOOPLE.

It's not as good a record as the one before it MOTT their best record a true masterpiece of songwriting but is very consistent and I'd almost use the word groovy (not a word I would associate normally with Hoople's bar band/singer songwriter/futuristic glam/pre punk combination).  I just think they are a great band.

Ian Hunter was now in total control as Mick Ralphs had left (to join Bad Company???!!! can't think of a former member of a band I liked as much who went on to such a sh*tty next band ) but that's fine as Hunter is in fine form as a singer and as a songwriter and as a musician(All the good MTH songs in the past were written by him anyway with the exception of All The Young Dudes). I consider this is his first solo album in a way. 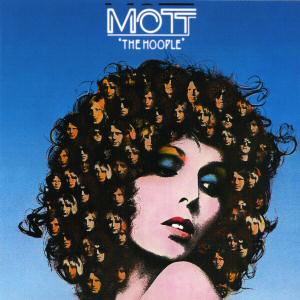 Posted by rgdinmalaysia at 6:32 PM No comments:

First off, Daredevil Season Two is paced a lot better than Season One without the long boring stretches of conversation and other padding. I like this version of The Punisher (which is based on the PunisherMax adult comic series of the 2000's - Some scenes are directly taken as is how Jon Bernthal plays him) more Death Wish than the classic heroic square jawed Punisher of the 70's and 80's and also of the last Punisher film - Ray Stevenson also excellent in the role. The first four episodes are full of great moments - The Punisher walking into a hospital carrying a huge gun, The Punisher beating a kiddie porn seller to death with a baseball bat, Daredevil's fight in the hall and the stairwell and the first floor with a motorcycle gang which tops the first season's hallway fight, the long conversations between DD and the Punisher on the rooftop and the graveyard, Matt finally getting close to Karen Page with the sound of raindrops and the sense of touch amplified by his special ability - very sexy,....Of all the Easter Eggs, my favorite little in joke and hopefully one that might lead to something in a future season is when Melvin Potts picks up the saw blades while arguing with Matt - In the comics he becomes the saw using supervillain Gladiator, love to see that character in the TV show.

However, the Punisher storyline is significantly better than the Elektra storyline. When Frank Castle takes on a large number of men in a jail fight, well that is one of the most visually impressive fight sequences I have ever seen. I liked Elodie Yung as Elektra, ethnically she fits this exotic role a lot better than Jennifer Garner but I did not like the change in her origin (as a result she is a much less sympathetic and likable character) and wasn’t excited about her part of the story except for the great fight scenes. The elephant in the room going forward is Bullseye who in the comics killed not only Elektra but Karen Page too. He’s a must for the third season although not sure how he figures into Elektra’s story now they’ve so altered the events of her life. 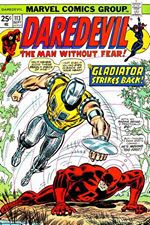 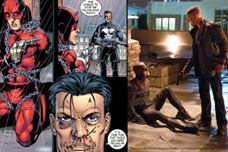 Posted by rgdinmalaysia at 6:11 PM No comments:


The 2nd album by The Last Shadow Puppets (the collaboration between Alex Turner of Arctic Monkeys and Miles Kane) feels like a slightly less immediate and quieter version of their debut THE AGE OF THE UNDERSTATEMENT. In the eight years since UNDERSTATEMENT, Kane has kind of come into his own as a successful solo artist while Turner has kept plugging away with Arctic Monkeys. This is certainly a beautifully produced record with swooping strings and pitch perfect vocals in harmony or solo (mostly by Turner). A little bit of a nod in the direction of Brian WIlson besides the regular 60's-70's influenced chamber pop especially on the title track which is my favorite song after two listens. I hope we don't have to wait so long for the next Puppets record. IMO it's better than the last couple Arctic Monkeys records. 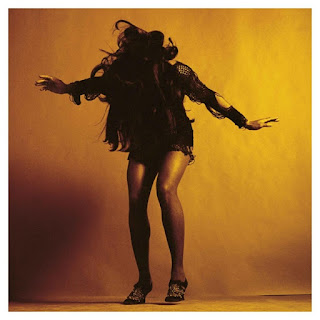 Underneath the pretty vocals and the various beats and instrumental flourishes on this second album by the musical duo Lucius(I especially like sound of the synths here) is some really great songwriting, nifty wordplay lyrics, big choruses, slow burning melodies that reveal themselves gradually like a burlesque dancer disrobing....I imagine most artists would kill for a tune as good as "My Heart Got Caught On Your Sleeve" 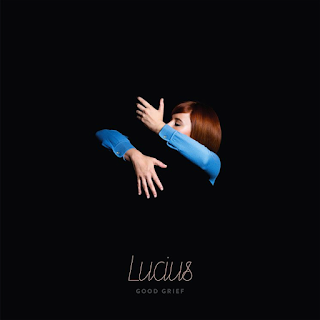 Posted by rgdinmalaysia at 10:29 AM No comments: