THE BLACK BOOK BY ORHAN PAMUK


THE BLACK BOOK by Orhan Pamuk beats the idea of identity to death starting on the first page and  continuing on to the very last page wherein the narrator has fully assumed another’s life role.  Every possible angle of identity lost, identity found, identity changed is explored.

The narrator, Galip, is a lawyer whose wife (and also his cousin)Ruya, as the story begins, has left him.  He suspects she has run off with her older half-brother, Celal, a famous newspaper columnist who has also disappeared.  The bulk of the book alternates chapters on him trying to find his wife and/or Celal and chapters that are Celal’s newspaper columns which in a twist are soon written by Galip who also commandeers one of Celal’s apartment.

The pseudo-columns are the weakest parts of this book.  They are I believe meant to show Galip gradually becoming Celal (maybe he was Celal all along) and they mirror Galip’s mental state but in and of themselves but they are often long-winded and dull.

Better are the chapters that show how easily and firmly Galip fits into Celal’s life.  In addition to the newspaper column and the apartment, he also answers the phone as Celal and starts up a series of conversations with a potential stalker, someone who might have a grudge against Celal.

This is the second novel I’ve read by Pamuk the first being THE MUSEUM OF INNOCENCE my review is here http://rgdinmalaysia.blogspot.com/2012/08/the-museum-of-innocence-by-orhan-pamuk.html. Despite the ending feeling rushed, I liked this one better as it said everything that is possible to be said on identity, a subject near and dear to my heart which I often tackle in my poetry.  It’s exhausting in that regard as it is for us as we keep our own fronts up creating our own public identities which may or may not be who we really are. 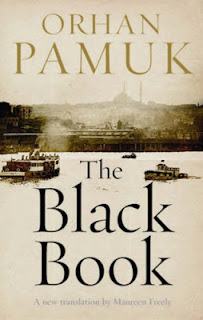 Posted by rgdinmalaysia at 11:57 AM No comments:


While other Britpop bands from the 1990’s modeled themselves on The Kinks in particular on Ray Davies gift for telling believable stories about English working class dreams, aspirations, problems, Ocean Colour Scene was content to be the Small Faces.  That is to say a bigger rock sound but one that was faceless.  That isn’t to say they weren’t a good band.  Their second album MOSELEY SHOALS was one of the best records of that era and their fourth record ONE FOR THE MODERN had a real growth in the songwriting and contains many of their best songs.  In fact all of their albums are good.  If there was some special award for consistency in a band’s discography given out, they would have won it.

Their new record PAINTING(their 10th) like their last record SATURDAY doesn’t so much change their sound as pare it down and sweeten it up simultaneously.  The short catchy songs overflow with enthusiasm and a healthy dose of string sections and keyboards behind the guitars sounding more like direct 60’s pop rather than Oasis 90’s trad rock.  This sounds like a band fresh and young not grizzled veterans approaching 20 years in music. They even tackle in a general way a few social issues with songs that refer to the British casualties in Afghanistan, the British economy, and the London Olympics.

Also the harmony vocals are soaring, sweet, Hollies-like.  If anything, the vocals (a weak area in the past) have improved over the years.

Best songs (after a couple of listens) – Professor Perplexity, The Union, The Winning Side, I Don’t Want To leave England, Mistaken Identity and the glorious and punchy title track  which puts one in the mind of power pop. 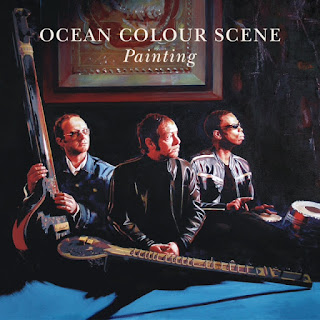 Posted by rgdinmalaysia at 11:30 AM No comments:


After a bit of a break from reading, I am currently tackling BLACK BOOK by Orhan Pamuk.  I also have a literary CARE package coming.  Here are the books I hope to receive:

THE HUNTING GUN by Yasushi Inoue
MRS. BRIDGE and  DIARY OF A RAPIST by Evan S. Connell
THE TEN THOUSAND THINGS by Maria Demourt
THE LAZY ONES and PROUD BEGGARS by Albert Cossary
THE WICKED PAVILION by Dawn Powell


Posted by rgdinmalaysia at 10:05 AM No comments:

RE:DRONES.... IT'S NOT ABOUT PRESIDENT OBAMA, IT'S ABOUT THE PRECEDENT


Personalizing the drone debate has given some degree of protection to President Obama who has often endured racist attacks and a level of ugly bitter personal criticism (much of it phony and/or based silly conspiracy theories) that the office of the presidency has not seen before.

Personalizing the drone debate has given him immunization to valid criticism that a targeted extra-judicial killing program that is not part of warfare but more like executions, that gives the government broad authority to kill not only foreign enemy combatants but American citizens, that often result in collateral damage – the death of innocent people who happen to be nearby, has the huge potential for abuse.

And that’s really what it’s all about – the precedent of Obama’s drone policy.

It has been disappointing to see liberals, actually maybe it’s better to call them Democrats, back down on criticizing Obama over the drone program

But consider this….What if a Republican wins the White House in 2016?  What if he increases the drone program both number of drones and countries they are used in?  What if he further softens rules of engagement making collateral deaths even more frequent?  And what if he greatly increases the use of drones to the USA?  Can a police state be far off?

Also expect drone technology to spread just like nuclear technology and chemical weapons leading to small drone wars between nations in other parts of the world such as Africa and the Middle East.  We are starting to see this already.

If you are willing to give Obama a pass then it’s just hypocrisy to blame the next possibly Republican administration.

And back to collateral damage – it’s been estimated in Pakistan for 22 Al Qaeda targets killed there have been 800 innocent civilians (including at least 186 children) Can you live with that? http://www.policymic.com/articles/20992/predator-drone-strikes-36-civilians-are-murdered-for-every-terrorist-killed-by-a-drone

I can’t.  I think it’s shameful and I think President Obama is shameful. 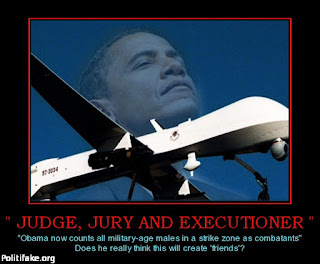 Posted by rgdinmalaysia at 10:00 AM No comments:


Caught an episode of the show GIRLS the other day and it would be an understatement to say it was awful.  Dumb, unlikeable characters with rich parents who compulsively indulge in promiscuity.  If this is  what post college 20 somethings are really like then we are in trouble.  GIRLS is for people who found SEX AND THE CITY too intellectually challenging.

And that elitist is Lena Dunham who besides creating writing directing GRILS etc has also become famous for her many nude scenes in the show.

These nude scenes have been celebrated as some kind of great step forward due to Dunham’s self-marketed role as someone who doesn’t fit traditional notions of body beauty.

Well, that’s just another marketing tag line in and of itself.  I don’t find Dunham attractive but that’s more to do with personal type (I’m attracted to Asian and exotic looking women) than her body.  Many men of different ages I’m sure would be very happy to spend time with someone like her.  The large ugly tattoo on her shoulder and arm is a turn-off though.

Where Dunham is wrong is on the idea of posing nude as somehow empowering.  Too much nudity and sex is like too little sex and nudity.  Instead of frustrated and angry one left is empty.  The Brave New World vs 1984 scenario of totalitarian population control.  For feminists to think this is somehow a great leap forward is to appear as total idiots.

And in fact Dunham has more in common with the Taliban and burqua wearers than she realizes just as those who keep secrets have a similar mindset often as those who want to leak them.  Both seek control – the exhibitionist by repeated nude showings of the body, the religious fanatic through covering up such things.  Both ruin sex and all that goes with it for everyone else.

Lena Dunham is really insufferable….I loved Gawker’s awesome takedown of her book (which has got to be self-parody) http://gawker.com/5966563/here-is-lena-dunhams-37-million-book-proposal